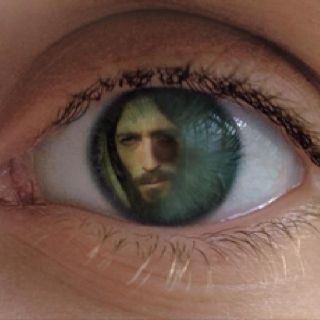 Until Christ be formed in you (part 1)

Our Text: Galatians 4:12-20 ;
Brethren, I beseech you, become as I am, for I also have become
as you are. You did me no wrong; you know it was because of a
bodily ailment that I preached the gospel to you at first: and though
my condition was a trial to you, you did not scorn or despise me,
but received me as an angel of God, as Christ Jesus. What has
become of the satisfaction you felt? For I bear you witness that, if
possible, you would have plucked out your eyes and given them to
me. Have I then become your enemy by telling you the truth? They
make much of you, but for no good purpose; they want to shut you
out, that you may make much of them. For a good purpose it is
always good to be made much of, and not only when I am present
with you. My little children, with whom I am again in travail until
Christ be formed in you! I could wish to be present with you now
and to change my tone, for I am perplexed about you.

I think the basic reason why Christian faith meets with
opposition in the world and even finds resistance in our own
hearts is that true saving faith always brings with it the
reshaping of our heart and mind so that it is no longer we who
live but Christ in us.

Therefore, apart from the powerful grace of God overcoming our natural disposition to pride, we would always resist the coming of faith into our
lives, because by faith Christ takes such dominant control of
our lives and reshapes us so much into his image that we can
no longer boast in anything good that we do.

It does not appeal to the natural mind to be so transformed by Christ that
we must give him credit for all the good we do.

Catering to Pride
This is the fundamental stumbling block to Christian faith-which is
what Jesus meant when he said in John 5:44, “How can you
believe, who receive glory from one another and do not seek the
glory that comes from the only God”?

Our love for the praise of men hinders us from trusting Christ
because the purpose of Christ is to remove every ground of
boasting in us and put it all in God (1 Corinthians 1:29-31;
Ephesians 2:8-9; Galatians 6:14).

He did this once by accomplishing our redemption on the cross
without our help; and he continues to do it by applying that
redemption to our hearts without our help. By his sovereign grace
Christ paid our debt to God, and by his sovereign grace he is
putting his own form upon our lives so that we will say with the
psalmist (115:1), “Not to us, O Lord, not to us, but to your name
give glory.”

Saving faith is a resting in that sovereign work of Christ, past,
present, and future, which gives all glory to God (1 Peter 4:10,
11 ).

Therefore, in one sense saving faith is the easiest thing in the
world-as easy as being clay in the potter’s hands. But in another
sense it is the hardest thing in the world, because human clay hates
being shaped and formed by Christ so that he gets all the glory for
what we become.

It’s not surprising, then, that the Judaizers should find a foothold for
their false teaching in the hearts of the recent Galatian converts, just
like all kinds of cults and egocentric fads are able to gain a
foothold in the church today.

The teaching of the Judaizers did not oppose the pride left in the
Galatian believers. It catered to that pride. They said, move on
from faith to works; move on from the power of the Holy Spirit
and kick in with the efforts of your flesh (Galatians 3:1-5).

They offered the law as a means of enjoying one’s pride in a
morally acceptable way. And so their teaching was not as radical
and humbling as Paul’s was. It was very appealing to people who
wanted to be religious and moral but did not want to become putty
in the hands of God.

Not Us but Christ
In Galatians 4:12-21 Paul continues his effort to rescue the
Galatians from the false gospel of the Judaizers. The main point of
the paragraph is found in vs. 12 and 19. Verse 12 says. “Brethren,
I beseech you, become as I am, for I also have become as you
are.”

It was a terrible irony to Paul that he, a Jew, had become a
Gentile, as it were, to win the Galatian Gentiles (1 Corinthians
9:21). But they were now trying to become Jews in order to win
God’s favor.

Paul reminds the Galatians in verse 12 that the very fact that he did
not depend on his Jewish distinctive should make them forsake the
Judaizers and become as he is-free in Christ. That’s the main point:
become free like me.

But verse 19 puts it in a way that shows why freedom from
the law does not result in self-glorifying lawlessness. “My
little children with whom I am again in travail until Christ be formed
in you!”

My evidence for this is Galatians 2:20
where Paul tells us how he understands his own life: “I have been
crucified with Christ, it is no longer I who live, but Christ who lives
in me; and the life I now live in the flesh, I live by faith in the Son of
God who loved me and gave himself for me.”

What is clear from this verse is that when Paul says, “Become like
me,” he means, “Die like I have died and live by faith in the Son of
God so that it is his life in you that shapes and forms who you are.”

Paul’s whole ministry was like a mother in labor pains-he travailed
to give birth to people who had Christ taking shape in their lives.

“My little children, with whom I am in travail again until Christ be
formed in you.” That’s the main point of the paragraph. “Become
as I am: have Christ formed in you.”

This message was diametrically opposed to the teaching of
the Judaizers.

We can see this by contrasting verses 17 and 19. In verse 17 Paul
uncovers a motive in the Judaizers which is not surprising in view of
their theology of works. “They make much of you, for no good
purpose; they want to shut you out, that you may make much of
them.”

Paul says that at root the Judaizers are motivated by the love for
human praise. They want to be made much of, to be sought out, to
be depended on. And to get this kind of ego-building attention they
tell the Galatians they will be shut out from God’s final blessing if
they don’t accept their teaching of works.

So every Galatian Gentile who capitulates and gets circumcised in
hope of making points with God is another notch in the Judaizers
pistol of pride.

That’s what Galatians 6:13 means when it says,
“For even those who receive circumcision do not themselves keep
the law, but they desire to have you circumcised that they may
glory in your flesh.”

The very theology they propagate is rooted in pride, since it urges
people to depend partly on God and partly on themselves; and
therefore it is inevitable that this motive for propagating that
theology would also be rooted in pride, namely, the desire to be
made much of. A theology which boosts the human ego and,
therefore, caters to our desire for praise will surely be propagated
out of that same motive; and that’s the point of verse 17.

But contrast this with the heart of Paul’s message in verse
19-his longing is not that he be made much of, but that Christ be
made much of.

O, that Christ would be formed in you (cf. 1:10). What is this
experience Paul is talking about here?

There is a lot of talk today, especially on seminary campuses, about “spiritual formation.” I
want to say a hearty yes to this concern, provided that it means the
formation of Christ in the believer. O, that Christ would be
formed in you!

The biblical quest for spiritual formation is a quest to be so shaped
from within by the presence of the living Christ that we are no
longer “conformed to this age but are transformed by the renewal
of our mind” (Romans 12:1, 2): to be so shaped by our union with
him that “the life of Jesus may be manifested in our bodies” (2
Corinthians 4:10); to be so formed and dominated by Christ that
we must say with Paul after a life of labor, “It was not I but the
grace of God which is with me” (1 Corinthians 15:10). “It is no
longer I who live but Christ who lives in me” (Galatians 2:20). “I
will not venture to speak of anything except what Christ has
wrought through me” (Romans 15:18).

It doesn’t take a genius to see that, when Christ shapes and forms
our inner life after his own image, our freedom from the law will
hardly result in a lawless, self-glorifying license.

On the contrary, it
is the power of Christ living and reigning and forming himself within
us that frees us to delight in God’s will. We are freed from the
burden of the law when we are given the power to fulfill it from
within. And that happens when Christ is formed in us.