Introduction. In every human relationship, sadly there can be times when things happen that damage the trust, closeness, and love that once existed between people.

In families, brothers and sisters can face the same problems if favoritism, partiality, or unfair treatment create resentments. Competitiveness can wipe away any sense of mutual respect, cooperation, and brotherly love.

We might wish that in obedience to the gospel the shared faith and hope of salvation enjoyed by fellow Christians would prevent such worldly and destructive influences from harming relationships between Christians. Unfortunately, that is not the case.

How should Christians handle such damaged relationships? What should be done? Depending on the relationship, and the nature of the problem, sometimes it may be good for some relationships to end. If I lose a friend because I refuse to participate in sin with him or her that may not be a bad thing (2 Cor. 6:14-17).

Whether we are talking about relationships between classmates, co-workers, family members, or members of a congregation what does the Bible teach about mending broken relationships?

III. We Must Refuse to Gossip and Backbite.

Conclusion. Often, one of the reasons that relationships are never repaired is because people don’t believe that it is possible.

We must recognize that the very example of reconciliation back to God on the part of a lost sinner who can become a child of God is the ultimate example of mending a broken relationship.

If God, in Christ was willing to reconcile a broken and tattered relationship that had developed between man and God in our sin, any human relationship can be healed. The question is simply will we follow God’s example and do it, or not? 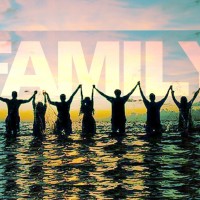