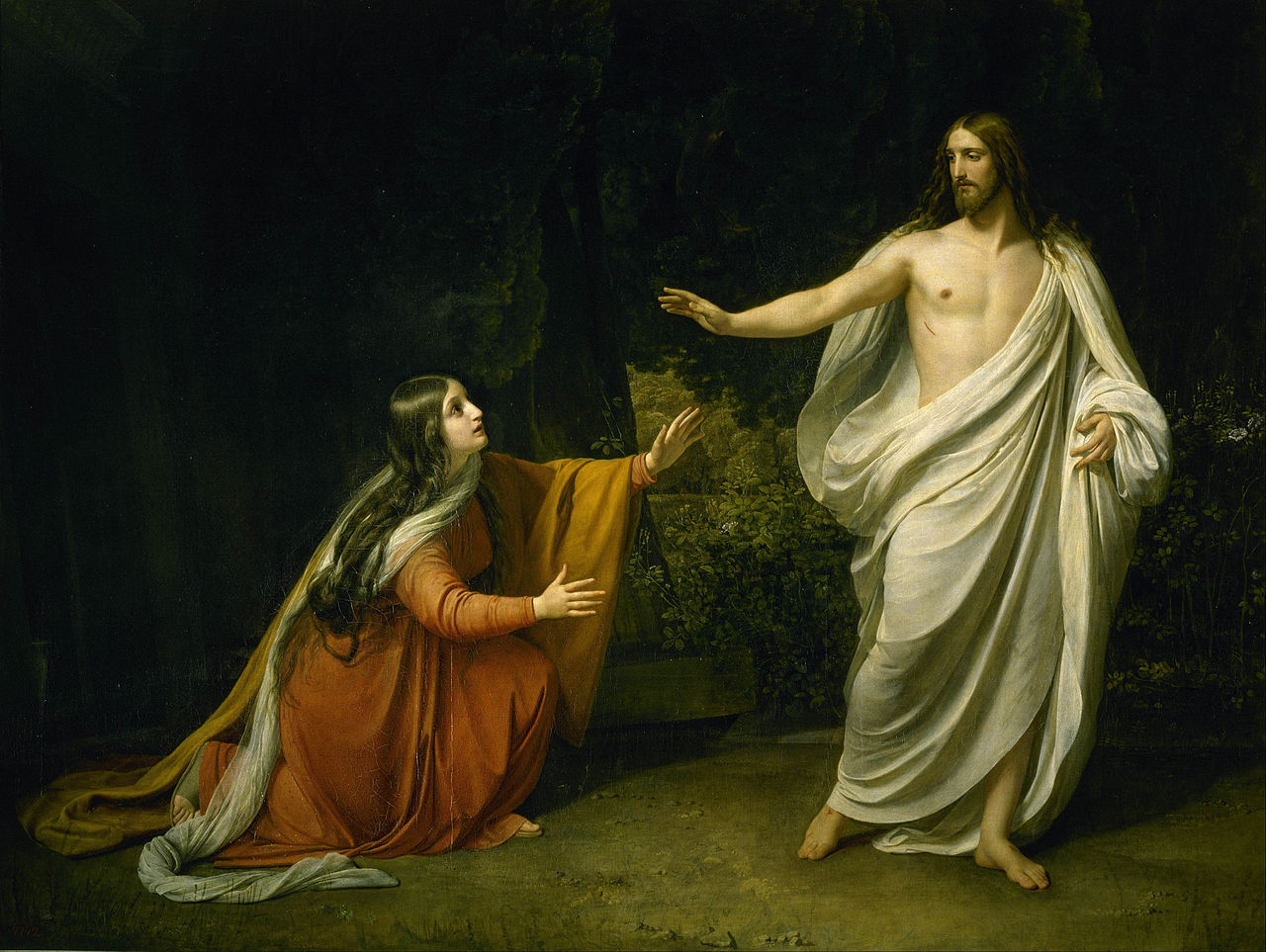 The Risen Christ, Our Hope

6 He is not here, but is risen! Remember how He spoke to you when He was still in Galilee,

12 Now if Christ is preached that He has been raised from the dead, how do some among you say that there is no resurrection of the dead?

17 And if Christ is not risen, your faith is futile; you are still in your sins! 18 Then also those who have fallen asleep in Christ have perished.

3 For I delivered to you first of all that which I also received: that Christ died for our sins according to the Scriptures, 4 and that He was buried,

was seen by James, then by all the apostles. 8 Then last of all He was seen by me also, as by one born out of due time.

Jesus’ Side Is Pierced

31 Therefore, because it was the Preparation Day, that the bodies should not remain on the cross on the Sabbath (for that Sabbath was a high day), the Jews asked Pilate that their legs might be broken, and that they might be taken away. 32 Then the soldiers came and broke the legs of the first and of the other who was crucified with Him. 33 But when they came to Jesus and saw that He was already dead, they did not break His legs. 34 But one of the soldiers pierced His side with a spear, and immediately blood and water came out.

36 For these things were done that the Scripture should be fulfilled, “Not one of His bones shall be broken.” 37 And again another Scripture says, “They shall look on Him whom they pierced.”

62 On the next day, which followed the Day of Preparation, the chief priests and Pharisees gathered together to Pilate, 63 saying, “Sir, we remember, while He was still alive, how that deceiver said, ‘After three days I will rise.’ 64 Therefore command that the tomb be made secure until the third day, lest His disciples come by night and steal Him away, and say to the people, ‘He has risen from the dead.’ So, the last deception will be worse than the first.” 65 Pilate said to them, “You have a guard; go your way, make it as secure as you know how.” 66 So they went and made the tomb secure, sealing the stone and setting the guard.

28 Now after the Sabbath, as the first day of the week began to dawn, Mary Magdalene and the other Mary came to see the tomb. 2 And behold, there was a great earthquake; for an angel of the Lord descended from heaven, and came and rolled back the stone from the door, and sat on it. 3 His countenance was like lightning, and his clothing as white as snow. 4 And the guards shook for fear of him, and became like dead men. 5 But the angel answered and said to the women, “Do not be afraid, for I know that you seek Jesus who was crucified. 6 He is not here; for He is risen, as He said. Come, see the place where the Lord lay. 7 And go quickly and tell His disciples that He is risen from the dead, and indeed He is going before you into Galilee; there you will see Him. Behold, I have told you.” 8 So they went out quickly from the tomb with fear and great joy, and ran to bring His disciples word.

The Women Worship the Risen Lord

9 And as they went to tell His disciples, behold, Jesus met them, saying, “Rejoice!” So, they came and held Him by the feet and worshiped Him. 10 Then Jesus said to them, “Do not be afraid. Go and tell My brethren to go to Galilee, and there they will see Me.”

The Soldiers Are Bribed

11 Now while they were going, behold, some of the guard came into the city and reported to the chief priests all the things that had happened. 12 When they had assembled with the elders and consulted together, they gave a large sum of money to the soldiers, 13 saying, “Tell them, ‘His disciples came at night and stole Him away while we slept.’ 14 And if this comes to the governor’s ears, we will appease him and make you secure.” 15 So they took the money and did as they were instructed; and this saying is commonly reported among the Jews until this day.

Dead to Sin, Alive to God

6 What shall we say then? Shall we continue in sin that grace may abound? 2 Certainly not! How shall we who died to sin live any longer in it? 3 Or do you not know that as many of us as were baptized into Christ Jesus were baptized into His death? 4 Therefore we were buried with Him through baptism into death, that just as Christ was raised from the dead by the glory of the Father, even so we also should walk in newness of life.

9 that if you confess with your mouth the Lord Jesus and believe in your heart that God has raised Him from the dead, you will be saved.

35 But someone will ask, “How are the dead raised? With what kind of body will they come?” 36 How foolish! What you sow does not come to life unless it dies. 37 When you sow, you do not plant the body that will be, but just a seed, perhaps of wheat or of something else. 38 But God gives it a body as he has determined, and to each kind of seed he gives its own body. 39 Not all flesh is the same: People have one kind of flesh, animals have another, birds another and fish another. 40 There are also heavenly bodies and there are earthly bodies; but the splendor of the heavenly bodies is one kind, and the splendor of the earthly bodies is another. 41 The sun has one kind of splendor, the moon another and the stars another; and star differs from star in splendor.

If there is a natural body, there is also a spiritual body. 45 So it is written: “The first man Adam became a living being”[f]; the last Adam, a life-giving spirit. 46 The spiritual did not come first, but the natural, and after that the spiritual. 47 The first man was of the dust of the earth; the second man is of heaven. 48 As was the earthly man, so are those who are of the earth; and as is the heavenly man, so also are those who are of heaven. 49 And just as we have borne the image of the earthly man, so shall we[g] bear the image of the heavenly man. 50 I declare to you, brothers and sisters, that flesh and blood cannot inherit the kingdom of God, nor does the perishable inherit the imperishable. 51 Listen, I tell you a mystery: We will not all sleep, but we will all be changed— 52 in a flash, in the twinkling of an eye, at the last trumpet. For the trumpet will sound, the dead will be raised imperishable, and we will be changed. 53 For the perishable must clothe itself with the imperishable, and the mortal with immortality. 54 When the perishable has been clothed with the imperishable, and the mortal with immortality, then the saying that is written will come true: “Death has been swallowed up in victory.” 55 “Where, O death, is your victory?   Where, O death, is your sting?” 56 The sting of death is sin, and the power of sin is the law.  57 But thanks be to God! He gives us the victory through our Lord Jesus Christ. 58 Therefore, my dear brothers and sisters, stand firm. Let nothing move you. Always give yourselves fully to the work of the Lord, because you know that your labor in the Lord is not in vain.

Jesus died, was buried and rose on the third day. Each of these events has a special significance for us.

What is the Holy Spirit saying to me?